To Blaze a Trail of Disruption, or not to Blaze; and Perhaps Just Wait

To Blaze a Trail of Disruption, or not to Blaze; and Perhaps Just Wait 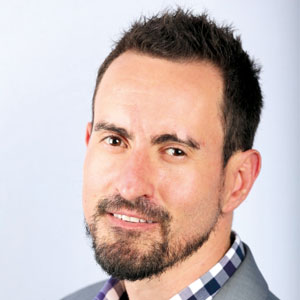 That seems to be the question asked by payments professionals every day. And considering the scope and magnitude of disruptive change generated from technology advances, and the FinTech/RegTech/ InsurTech—you get the point—communities these advances are spawning; it’s a question we need to get really good at answering.

Developing ways to cut through all of the disruptive noise and not being distracted by every bright shiny object is critical. You can cut through much of the noise by simply following these basic principles:

1. Always tie it back to a relevant strategy – Reduces succumbing to the Fear Of Missing Out (FOMO), or unwarranted competitive pressure to follow suit.

2. Does the strategy have a value proposition for all stakeholders – Reduces the risk of overlooking the relevancy of the ‘what’s in it for me?’ question you should validate with each stakeholder.

3. Understand what it is and how it really works – Helps you determine if it’s a solution solving a problem, or a solution in search of a problem.

4. Understand the ecosystem and your place in it – Helps you decide if you’re about to create something that someone else higher in the food chain will eventually role out; perhaps universally, which might end up killing yours.

5. Confirm risk tolerance and appetite for failing – Helps determine what the acceptable amount of failure and acceptable responses could be. If you have to fail, fail quickly. But how you respond and recover can sometimes be more important than the actual failure itself.

6. Secure executive buy-in and revalidate it regularly – Innovation comes with risk and when things don’t go as planned you need to make sure you’ve got support. You don’t want to end up being the scapegoat.

7. Look beyond the development cycle when making a ‘buy vs. build’ decision – If you build it, you need to be the Subject Matter Expert in it. Do you have what it takes to keep your offering relevant and competitive as the industry continues to evolve, or should you rely on someone else and just buy it?

Let’s see how the above principles can be successfully—and unsuccessfully—applied to one of the most actively pursued of recent payments innovation.

Wallets, ‘The Pays’, and Tokenization

Common wisdom was that all financial institutions and retailers needed a private label wallet app to remain relevant as we ditched our plastic for our phones. Various wallet consortiums formed to make this a reality; like CU Wallet for credit unions, SoftCard representing wireless carriers (originally named ISIS until they realized they shared the name with a terrorist group), and Merchant Customer Exchange’s (MCX) CurrentC platform representing retailers with the goal of migrating card transactions to the lower cost Automated Clearing House (ACH) payment rail.

Meanwhile, Apple and Google were building their respective wallets; first focused on storing event tickets, airline boarding cards, and hotel reservations. Then progressing to creating ‘The Pays’ supporting loyalty, store, and credit and debit cards in partnership with the major card payment brands. This partnership was key as it helped with the development of Tokenization, which added a security value proposition for all stakeholders within the payments ecosystem to use a mobile device rather than static plastic at point of sale. These apps are also tightly integrated with the device, which eliminates friction and allows them to utilize all of your devices technology. Think how location services enable iOS to show only relevant wallet items on your lock screen for easy access.

MCX’s CurrentC never left beta and shut down in June 2016 with Chase acquiring its technology to build out their Chase Pay wallet service. SoftCard shut down in March 2015 with Google acquiring some of its technology and with an agreement with wireless carriers to have Google Wallet preloaded on Android devices. CU Wallet succumbed to a similar fate in February 2017, and through a partnership with CU Solutions Group (CUSG) will focus on add-on functionality keeping credit union cards top of device.

Financial institutions that built their own wallets and mobile payment capabilities were challenged in providing a full experience on both Apple and Android devices. Android’s use of Host Card Emulation (HCE) is accessible by other apps, whereas Apple’s use of the physical secure element is locked down for use through Apple Pay only.

Inconsistent acceptance of Near Field Communication (NFC) at point of sale has been a challenge for wallet and mobile payment adoption, so plastic is still king. It’s universally accepted, and faster chip transactions; thanks to Quick Chip and M/Chip Fast solutions from Visa and MasterCard respectively, are helping keeping plastic relevant at point of sale.

Those in the middle of the food chain lost out as a number of the principles described at the beginning of the article simply didn’t align.

Knowing your place in the food chain is key.

Vcita: Clearing the Path of Digitalization for Small Businesses

Franchise Payments Network: One-stop-shop for all Electronic Payment Needs in the Franchise Industry

RentMoola: Rent’s Due, Now What? Disruptive Company Rises to the Challenge

NewNet Communication Technologies: When Building Castles on Clouds Turns into a Reality

One, Inc.: Leader in Digital Engagement and Payment Solutions for the Insurance Industry

PEX: The "Bank in a Box" System

Unlocking the Value of Connected Cars

Comprehensible Distribution of Training and Information...

The Current Focus is On Comprehensive Solutions

Big Data Analytics and Its Impact on the Supply Chain

Carmax, the Automobile Business with IT at the Core

The CIO's role in rethinking the scope of EPM for...

Transformative Impact On The IT Landscape

Get Ready for an IT Renaissance: Brought to You by Big...

Technology to Leverage and Enable

Speed is the Name of the Game

Why Every CISO Should Develop a Secure Software Supply Chain?

Are Your Value Props Still Relevant in the Changing Market?

The Race to Digitize the Insurance Industry

FinTech Down, "But Not Out"

The Softer Side of Directing Digital Transformation