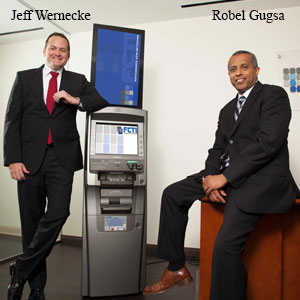 Jeff Wernecke, Co-CEO and CFO and Robel Gugsa, Co-CEO and CTO
Traditionally, ATMs have been restricted to being cash dispensing machines, with a surcharge collected from end users for each transaction. Not anymore. Heralding a new era in banking services is FCTI—a trusted and leading provider of ATM networks and services. Founded in 1993, the company has been successfully transforming cash dispensers in off-premise locations into robust channels for delivering banking products and services. “FCTI’s services enable customers in off-premise locations to perform transactions with the same experience as that of a bank branch,” states Robel Gugsa, Co-CEO and CTO, FCTI.

Implemented by a combination of proprietary and off-the-shelf products, FCTI’s smart ATMs’ core value proposition comes from the multi-bank branding feature, enabled by MBA—the company’s patented multi-bank application. “When users swipe their cards, MBA automatically changes the user interface including the color, logo, services, and products to that of the card-issuing bank, thereby providing an experience similar to an in-branch ATM,” mentions Gugsa. Following this, MBA establishes a real-time communication channel between users and banks to enable services such as transferring and receiving money; the software also enables ‘card-less’ transfer of cash across banks to prevent card skimming. FCTI’s ATMs typically feature a27- inch long digital LCD topper that allows firms to advertise their products and services to end users.

From a maintenance standpoint, FCTI’s smart ATMs detect faulty components themselves without any human intervention. Problems with card readers or dispensers are identified accurately, thereby simplifying the tasks for technicians and significantly increasing ATM availability.

When users swipe their cards, MBA automatically changes the user interface including the color, logo, services, and products to that of the card-issuing bank

Its path-breaking vision and value proposition has struck a chord with several organizations in the banking and retail domain. “Our growth story has been driven by our customer service and ground breaking ATM services.” mentions Jeff Wernecke, Co-CEO and CFO, FCTI. The company is currently deploying ATMs in over 8,000 locations of 7-Eleven— the convenience store chain—which is bound to increase the number of FCTI’s ATMs further. “This is an unprecedented project as there has never been an instance of 8,000 ATMs being set up by one provider,” remarks Wernecke. He further adds that foot-traffic inconvenience stores are greater than banks, which, FCTI intends to leverage to create a win-win proposition for banks, stores, and itself. Not surprisingly, the venture has won the attention of several regional banks with many of them evincing interest in FCTI to gain a national presence. A particular bank that leveraged the ATM services of FCTI witnessed a respectable increase in transactions within a short span of time.

With over 2,000 clients, including some of the largest U.S. financial institutions, travel centers, and retail chains, FCTI has carved a niche for itself in the ATM technology space. While the company enjoys a presence in all the 50 states of the U.S., the number of FCTI ATMs is poised for a significant increase with the 7-Eleven project. The company is focused is on growing the FCTI brand by winning the trust of both customers and end users, alike. With several promising ventures on its plate, FCTI is poised for a bright future. 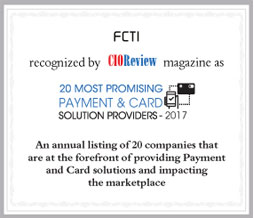 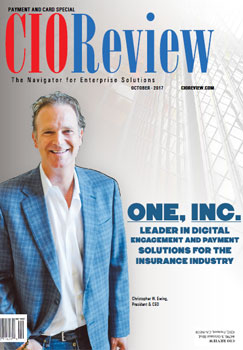